Apotemnophilia Being an amputee

The desire to amputate a healthy body part seems to have a neurological basis. For the first time, four patients with this condition have been examined in a brain scanner.
It is not easily palpable. Because why would you want to have a healthy arm or leg amputated? People with apotemnophilia, as the disorder is officially called, want nothing more than that. Doctors usually refuse to comply with their bizarre wish: amputation of a healthy body part violates the physician’s sacred principle of non nocere – do no harm.

It is a fairly rare abnormality – it is estimated that several thousand people worldwide suffer from it – but with horrific consequences. Patients often resort to extreme methods to lose one or more limbs. A man with the condition put his leg in a vat of dry ice until doctors were forced to amputate the body part. Others use a chainsaw, put their arm or leg on the rails while waiting for a train, or assemble a guillotine themselves.

Explanations for the curious syndrome, also known as body integrity identity disorder or BIID, range from attention seeking , sexual perversion , or other psychological explanations such as early childhood identification with someone with a missing limb.

For the first time, four patients with the bizarre condition have now been examined in a brain scanner. All four men – the disease is ten times more common in them than in women – who wanted to get rid of a leg, or part of it. While the men were in the scanner, the researchers tapped their feet. Especially in the right parietal lobe, an area at the top right of the brain, a difference was seen. That area barely reacted when the foot of the unwanted leg was touched.

The parietal lobe plays an important role in integrating body image into the brain, and something is obviously going wrong in these patients. For them, the leg just isn’t part of it.

Earlier research by Vijay Ramachandran, one of the researchers, had already shown that the reverse also occurs. Some patients who have had part of their body amputated for medical reasons continue to feel that their arm or leg is still part of their body. They can point out where it is, and sometimes they can even move it. Such phantom limbs can actually get in the way quite a bit. Sometimes patients feel that the missing body part is cramped, or complain of pain.

The way in which people experience their body – in the brain – is therefore not always in line with reality. And that is not a psychological curiosity, as is often thought, but ‘hard wired’ in the brain, Ramachandran and colleagues conclude from their research. Also with the bizarre desire to want to amputate a healthy body part.

Body integrity identity disorder ( BIID ) is a rare disorder in which a person experiences a part of the body, such as a limb, tormentingly as being foreign to the body, without an obvious somatic cause. This results in a strong desire for amputation (previously referred to as ‘apotemnophilia’) or paralysis. A 58-year-old man with BIID froze his leg to undergo an amputation. He then underwent a professional amputation of the dead leg. He experienced a strong relief, which was still present three and a half years later 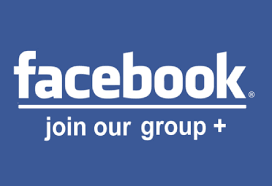